Listening Government (at Home in the Church)

Posted on November 25, 2013 by Michael Welchert

So then, in the church the patriarch (pastor) takes his role as the first among equals…with his fellow elders…men called and ordained to oversee the church.  The patriarch acting as the man among men must of necessity be the one in whom the hearts of all are heard and heeded, but one in whom a decision must come forth through corporate wisdom.

I believe the model of scripture is that Jesus chose 12 men. Jesus did MANY radical things in his day and he could have certainly appointed any number of women to his inner cabinet, but he did not. So I believe that men as in the home have the authority, responsibility and accountability to lead well. Paul also had the opportunity everywhere he traveled and yet he appointed men.

The term being used these days is: Complementarianism.  The complementarian view of marriage asserts gender-based roles in marriage. A husband is considered to have the God-given responsibility to provide for, protect, and lead his family. A wife is to collaborate with her husband, respect him, and serve as his helper in managing the household and nurturing the next generation. Complementarians assert that the Bible instructs husbands to lovingly lead their families and to love their wives as Christ loves the Church, and instructs wives to respect their husbands’ leadership out

of reverence for Christ. The husband is also meant to hold moral accountability for his wife and to exhibit a sacrificial love for her. The wife is meant to respond to her husband’s love for her with love in-kind and by receiving his service and leadership willingly.

I view a woman’s role in the church as I do my wife’s role in my home…with UTMOST RESPECT and HONOR! – an equal and capable of doing all things in the church;

including being ordained to ministry, but ordination does not imply rulership.  She does not have the right or responsibility to govern or lead, that is the elders duty-obligation.  Similarly at home a man should seek to free his wife from such a burden.  So then both at home and in the church when women are freed to be who God created them to be they become a touchable and tangible icon of the living presence of God that a man cannot grant.

As the men (pastors-elders) who lead the house of God we must welcome the heart of the women of the church through their voice, wisdom, discernment and counsel.

In my opinion the ruling elders are those who give their wholes lives (full-time) in service to Christ and for his Bride. However, I would also like to include into that circle of leadership, but without governance: men and women whose godly character and life skills would be beneficial to the stewardship and management of the church in every way. This group of leaders although not elders are given a presence to provide wisdom and counsel in order that the elders may rule, govern and give direction with a wealth of understanding and knowledge. I want to hear the voices of the public and private sector in our leadership meeting so that we may rule wisely.  By elders I do not necessarily always mean older. Some of the work of the elders must come through training younger men. All elders are called and appointed by the elders. 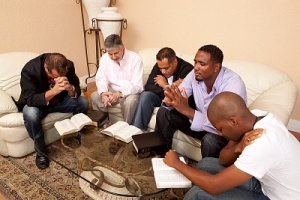 The heart of governing in the house of God is that we corporately hear God, listen to each other, live in integrity within our own heart and toward one another and that we come to decisions by being a House of Prayer.

This is much harder to achieve because it is not established by voting or majority rule, but it lasts longer and is built on the same premise of a great marriage covenant and coming upon 30 years of marriage I know it works and is healthy (not perfect) when done right and even if it isn’t done right/well it is still better than the opposite which is voting.

Voting in my opinion is divisive, but consensus is sacrificial and prefers one another to be able to come to unity. I could spend much more time on this, but suffice it to say Diana and I do not vote, we build a relationship of honest communication, differing opinions at times, but mutual respect that values the other person over the decision. I have seen consensus government work in the Bible (Acts 15), in my home and in my experience in the church and it is what I long to see generated in our church.  It may be further understood in the use of the term Sobernost.

Sobornost is in contrast to the idea of fraternity, which is a submission to a brotherhood as a benefit to the individual. Sobornost is an asceticism akin to kenosis in that the individual gives up self-benefit for the community or ecclesia, being driven by theophilos (love of God) rather than adelfikos (fraternal). As is expressed by Kireevsky’s definition of sobornost as “The wholeness of society, combined with the personal independence and the individual diversity of the citizens, is possible only on the condition of a free subordination of separate persons to absolute values and in their free creativeness founded on love of the whole, love of the Church, love of their nation and State, and so on.  Nikolai Lossky explained that sobornost involved, “the combination of freedom and unity of many persons on the basis of their common love for the same absolute values.”

My wife Diana and I have been married since 1985 and have five wonderful children. I have been in ministry since 1980 and we currently reside in the Denver, CO area.
View all posts by Michael Welchert →
This entry was posted in Covenant, Kingdom, Spiritual Formation and tagged authority, complementarian, concensus, decisions, direction, elders, gifts, honor, house of prayer, moral accountability, ordination, respect, responsibility, roles, sacrifice, sobernost, voting, wisdom, women in ministry. Bookmark the permalink.
Loading Comments...