Posted on December 28, 2013 by Michael Welchert 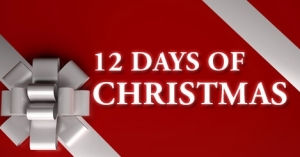 Your birthday is the moment when the breath that the Creator put in you, to sustain you in water for 9 months, finally comes out of you.

The man who has no inner-life is a slave to his surroundings.  -Henri Amiel

I think it’s very healthy to spend time alone. You need to know how to be alone and not be defined by another person.  —Oscar Wilde

Each part of the liturgical year makes us see Jesus in a different way. –Nouwen

We are offering up Isaac and laying it down…in the season of resurrection, hoping for an ascension. Doing the very thing that makes no sense. You scatter to gather. It’s mayhem or miracle. It’s the spear that pierces your side. It’s laying down under a broom tree…with no knowledge that a raven is coming. It’s sitting in a dungeon with no dreams to interpret. It’s boxing against the air, wrestling in the dark, it’s grasping after the wind, prophesying to

bones, its losing your life so you can find one, its the path of the apostolic prophet, it’s a lifetime in the desert for a day on the mountain, it’s whittling down your army to 300 when you wanted 3000. It’s walking in the field as the poor & sleeping on the floor of the rich, it’s exercising madness and expecting gladness. Bottom line: we don’t know what we are doing or what it means.

We don’t think it is an unclean spirit if it doesn’t “act out” like in Bible stories. The invasion of spirits into our culture is much more sophisticated and subtle.

Being made whole, is one of the primary promises and gifts of the gospel.

Faith is calling things that are not as though they were. It’s making stuff up out of thin air. It’s seeing the invisible. I am currently squinting to see. It’s a full time job to imagine.

Perhaps our grace has become lawless (powerless) and their law was graceful (powerful).

God is not inclusive he is extremely exclusive. What makes a news story worth watching is that it is exclusive. Our good news is an exclusive story…Jesus alone is the way to God and he alone is the final revelation of God, that is the exclusion of the ultimate inclusion. Once you become an insider you’ll realize you were never an outsider.

Churches without the Holy Spirit presence seek to create it through the house lights down and show lights up.  They have no sense of liturgical seasons or moments.  In today’s episode of “church” the part of the Holy Spirit will be played by presentation.

My wife Diana and I have been married since 1985 and have five wonderful children. I have been in ministry since 1980 and we currently reside in the Denver, CO area.
View all posts by Michael Welchert →
This entry was posted in Moleskine, Spiritual Formation and tagged moleskine, review. Bookmark the permalink.
Loading Comments...