Posted on January 5, 2014 by Michael Welchert 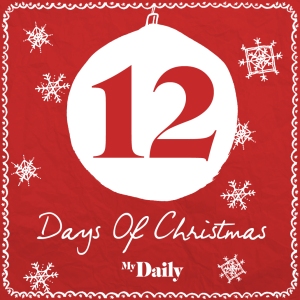 Our need to give is every bit as desperate as the poor’s need to receive. –Philip Yancey

I came to the Table in the middle of the night because I knew it was an absolute and objective reality over my haunting & howling battle with the mental & emotional voices of darkness.

It is a sanctuary that stills the insanity of my soul.

The wisdom of Wizards and the witchcraft of Warlocks have descended. The owls are hooting and the coyotes are howling…3 am

Being an Abbott in the desolate places is not a normal life.  -from a Desert Father of the present day.

An ascetic (austere) life is an aesthetic (beauty) life.

Internal monologue amplifies personal drama. To the outsider, neither exists. That’s why our ledge-walking rarely attracts a crowd. What’s in your head is real, no doubt about it, but that doesn’t mean the rest of us can see the resistance you are battling (or care about it).  – Seth Godin

People need a Church but they want a Stadium.

Grow weary from ministry, but don’t grow weary of ministry. Jesus took a lot of naps, but he never got tired of caring for people. –Driscoll

Coming to the “sewing” Table with my tattered, torn and thread bearing clothes. Although my attire is unworthy it’s all I have to wear. I’m not looking for a new set of clothes, but to be re threaded and sown back up.  It’s not a needle pulling thread, it’s a nail piercing bread.

The miracle of the virgin birth is not the virgin giving birth, but God creating a New Man who gives birth to a New Humanity.  He is the only begotten of the Father and the firstborn of many sons and daughters.

“Who am I to judge?” -Pope Francis

“Glory to God in highest heaven, and peace on earth TO THOSE WITH WHOM GOD IS PLEASED.”  Luke 2:14  Curious how many people leave out the last part, as though he were pleased with all.  What is required to please God? It doesn’t take much, but it requires all.

“Home is a place you grow up wanting to leave, and grow old wanting to get back to. It doesn’t matter who my father was; it matters who I remember he was. My father couldn’t walk through a door without colonizing the space. -Ian Morgan Cron

My wife Diana and I have been married since 1985 and have five wonderful children. I have been in ministry since 1980 and we currently reside in the Denver, CO area.
View all posts by Michael Welchert →
This entry was posted in Moleskine, Spiritual Formation and tagged moleskine, review. Bookmark the permalink.