Posted on December 17, 2014 by Michael Welchert

The miracle of the virgin birth wasn’t the virgin giving birth, but that God created a new man in the virgin.

The ancient future hope of the world from the dawn of time was that a Seed of the Woman would come to be the Deliverer, Savior of the World, the One.

The OT is the story of the seed & the woman… women like Sarah, Hannah, Elizabeth, the barren were longing to be the ones gifted with the life of the Messiah born in them.

Israel comes out of Egypt. She carries the seed…Son was called out of Egypt. Mary is the flower of the Woman Israel…who conceived, carried & delivered the Seed/Son. Maternity Ward: People come to see the baby, not the woman.

Then out of the silence of four centuries an announcement that fills the skies tells us that a Child is Born, a Son is Given! He is called God-With –Us. Immanuel

If this infant, is God among us? If that son is God what is God doing here?! Why is God here as the son of man?

HE IS HERE AS OUR COVENANT REPRESENTATIVE 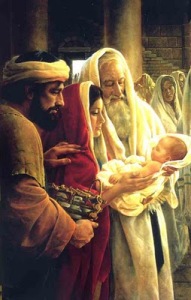 • A person who is the embodiment of everything the people/family/tribe/nation is and stands for.
• He had to be of the same blood and family as those he represented.
• The entire nation is summed up in a person. He is no longer a private citizen. He now stands as and for the people and acts on their behalf.
• Whatever happens to the representative happens to everybody.
• The nation is now considered to be “in him”. He is carrying their hopes, aspirations, dreams, purpose, destiny, values, and traditions.
The history of the world is the story of two men, called covenant representatives. Whatever happens to them happens to the entire race.

There can only be two men, two bodies of humanity (Old Man, New Man) because both are born directly from God, all other men are born or born again from them.

When Jesus was conceived in the womb of the Virgin Mary there was at that exact moment two separate and distinct human races.  The major contributor of racial division in any part of the world is the failure to identify there are only two races of people on the planet.

ADAM, the Old Man, the representative of the human race. In him are all of his yet unborn descendants. The family tree of all nations were “in Adam.”

the LAST ADAM, the New Man in Jesus. The Creator has become creature, the Infinite has become infant. As the Creator, he must be at least equal to His entire creation, here is a man who is worth all men. He is the firstborn. He is the only one born on earth who is not condemned to die, because He is not of, from, or in Adam.

In his resurrection from the dead Jesus breathes upon them (mirroring creation) to receive the Holy Spirit and they are BORN AGAIN…and a new race of people that never existed is alive.

Jesus inaugurated a new branch of humanity.  Christ showed us an entirely new way of being human.

Isaiah 9:1-7 Jesus is the everlasting father…the progenitor of the new humanity, the original ancestor of the regenerated human race. In his resurrection he is a life giving spirit, causing us to be born again into his new humanity.

My wife Diana and I have been married since 1985 and have five wonderful children. I have been in ministry since 1980 and we currently reside in the Denver, CO area.
View all posts by Michael Welchert →
This entry was posted in Covenant, Prophetic, Sacred and tagged Advent, Bible, Christmas, Church, Covenant. Bookmark the permalink.
Loading Comments...