Posted on February 9, 2015 by Michael Welchert 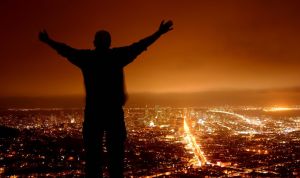 The only person who suffers more than the Prophet is the Apostle. I thought I was planting a church, but God is growing an Apostle.

I have been ministering in my city for nearly 4 years among the dangerously irreverent. It’s not what you would call a church. It’s more like an apostolic missionary base.

The final stage is true apostolic life: The Spirit given realization that
we possess NOTHING, that we are of value because of what we are NOT.

It’s the spear that pierces your side. It’s laying down under a broom tree…with no

knowledge that a raven is coming. It’s sitting in a dungeon with no dreams to interpret. It’s boxing against the air, wrestling in the dark, it’s grasping after the wind, prophesying to bones, its losing your life so you can find one, it’s the path of the apostolic prophet, it’s a lifetime in the desert for a day on the mountain, it’s whittling down your army to 300 when you wanted 3000. It’s walking in the field as the poor & sleeping on the floor of the rich, it’s exercising madness and expecting gladness. Bottom line: we don’t know what we are doing or what it means.

This is not how we plant churches or prepare vessels of honorable character anymore.

My wife Diana and I have been married since 1985 and have five wonderful children. I have been in ministry since 1980 and we currently reside in the Denver, CO area.
View all posts by Michael Welchert →
This entry was posted in Sacred, Spiritual Formation and tagged apostle, battle, Character, Church, crucifixion. Bookmark the permalink.