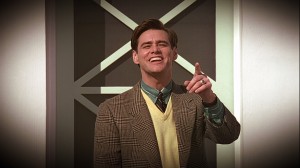 After conversion, you don’t look out at reality; you look out from reality.

In other words, God is not “out there”; you are in God and God is in you. You are in the middle of Reality! You’re a part of it. It’s a mystery of participation. After his conversion experience, Paul is obsessed with the idea that “I’m participating in something that’s bigger than me.” In fact, he uses the phrase “in Christ” around one hundred sixty times to describe this organic unity and participation in Christ. Paul has the best one-liner of all to describe himself after conversion: “I live no longer, not I; but Christ lives in me” (Galatians 2:20). Now that’s a transformed person!

This is a completely different experience of life. I don’t have to fully write my private story.

It’s being written with me and in me. I am already a character on the stage. I am being used, I am being chosen, I am being led. You will know that after conversion. You will know that your life is not about you; you are about life. You are about God. You’re an instance in both the agony and the ecstasy of God that is happening inside of you, and all you can do is say yes to it. After transformation, it’s not about doing it right; it’s about doing it with pure intention. It’s not about being correct; it’s about being connected.

After conversion, you don’t experience self-consciousness so much as what the mystics call pure consciousness. Self-consciousness implies a dualistic split. There is me over here thinking about that over there. The mind remains dualistic until you have a mystical experience. Then the subject/object split is overcome. You can’t maintain it forever, but you’ll know it once in a while, and you’ll never be satisfied with anything less. In unitive experience, you’re freed from the burden of self-consciousness; you are living in, through, and with another. That’s the same as the experience of truly being in love. Falling and being in love, like unitive experience, cannot be sustained at the ecstatic level, but it can be touched upon and then integrated within the rest of your life.

True union does not absorb distinction, but actually intensifies it. The more one gives

one’s self in creative union with another, the more one becomes one’s self. This is mirrored in the Trinity: perfect giving and perfect receiving between three who are all still completely themselves. The more one becomes one’s True Self, the more capable one is of not overprotecting the boundaries of one’s false self. You have nothing to protect after transformation, and that’s the great freedom and the great happiness we see in converted people. There’s no “little richard” here that I need to protect because it’s precisely that little richard that got in the way, and has now passed away–with no noticeable losses. Or as Paul puts it, “Because of Christ, I now consider my former advantages as disadvantages . . . all of it is mere rubbish if only I can have a place in him” (Philippians 3:7-8).

My wife Diana and I have been married since 1985 and have five wonderful children. I have been in ministry since 1980 and we currently reside in the Denver, CO area.
View all posts by Michael Welchert →
This entry was posted in Human spirit, Sacred, Spiritual Formation and tagged Conversion, False Self, Life, Paul, Transformation. Bookmark the permalink.
Loading Comments...