Posted on December 27, 2015 by Michael Welchert

Social Media is the stained glass window for this era. 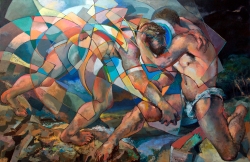 Our mind, in fact our entire DNA is intended for an upgrade. -Iron Man 3

When I understand that everything happening to me is to make me more Christlike, it solves a great deal of anxiety. -AW Tozer

All God’s plans have the mark of the cross on them, and all His plans have death to self in them. -E M Bounds

The Book of REVELATION

Revelation is the full mystical disclosure of how the kingdom of God is at work since the Last Adam regained our seat as Emperor of the Earth. 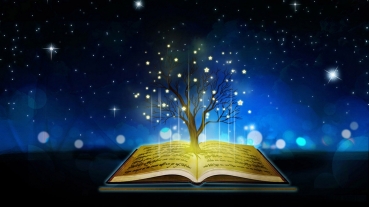 of Jesus, then the Revelation is an unveiled sketch of that very same life on a cosmic scale.

He runs the Universe the same way he ran his life. Maybe the first two who saw him operate the kingdom since his ascension were Stephen at his stoning and Saul on the road. One was dying and the other killing and they both encountered the covenant mercy of Jesus the Just.

Revelation is describing a world that is common to us all, but perceived from a unique perspective. Through the “looking glass / portal” of Revelation we are called into the theater to see and hear what was there all the time. The invisible realities of the kingdom of God that we pass through everyday are most clearly seen in the Revelation

“In the first half of the 20th century, the way you moved around the world was on ocean liners. Once jet airplanes came into the marketplace passenger shipping died. They transformed ocean liners into cruise ships – the whole point was leisure and activities. These ships are not designed to transport – the goal is to keep you on the ship, entertained, and spending money. The ship itself has become the destination.” How does this compare to churches? -Skye Jethani 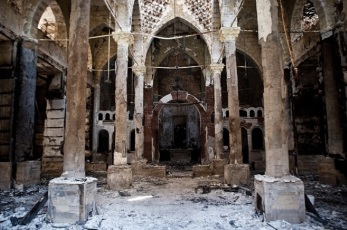 The mass of people can normally be bought off by giving them just enough “bread and circuses.”

I’m going with ecclesia as opposed to church for the finest witness to God in the world. It keeps it bigger than the building WE occupy and bigger than a day that WE gather. Ecclesia is what transpires in the gates of the city every day and We are the gate keepers…this is the very same place Jesus said, “the gates of hell couldn’t prevail.”

A lot of young adults prefer church as a fraternity house (friends) rather than the Fathers house (sons and daughters).

I have been ministering in my city for nearly 4 years among the dangerously irreverent. It’s not what you would call a church. It’s more like an apostolic missionary base.

If we give priority to the outer life, our inner life will be dark and solitude will become scary. -Timothy Keller

Solitude is a chosen separation for refining your soul. Isolation is what you crave when you neglect the first. -Wayne Cordeiro

There is a difference between solitude and isolation. One is connected and one isn’t. Solitude replenishes, isolation diminishes. -Dr. Cloud

My wife Diana and I have been married since 1985 and have five wonderful children. I have been in ministry since 1980 and we currently reside in the Denver, CO area.
View all posts by Michael Welchert →
This entry was posted in Moleskine and tagged best of, Church, Eugene Peterson, Revelation, solitude. Bookmark the permalink.
Loading Comments...