Posted on February 21, 2018 by Michael Welchert

Many of us are lured by the sweetness and pleasure in spiritual exercises, but strive 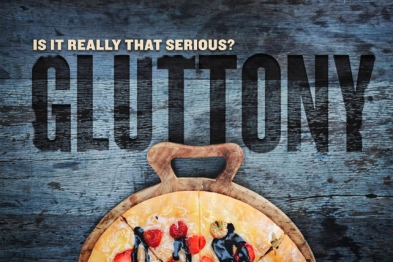 more after the sweetness than the purity and discretion that God regards and accepts along our spiritual journey.

The gluttony for the transcendent makes us go to extremes, so that they pass beyond the limits of moderation within which the virtues are acquired.  Some people attracted by the pleasure seek to kill themselves with penances and often weaken themselves with fasts, by performing more than their frailty can bear, without the order or advice of any, but rather endeavoring to avoid those whom they should obey in these matters.  Some, indeed, dare to do these things even though the contrary has been commanded them.

I have in three of the last six years in Colorado have fasted for 40 days during Lent and then other supplemental fasts in January for three years.  My wife at the end of my last 40 day fast forced me to sign a document stating that I will never fast again for 40 days.  The last two years I toyed with the idea of doing another 40 day fast, and was relunctant to honor the agreement with my wife…

Then I read Dark Night this January and was under such conviction that my Fasting was being a Glutton.  I was arrested by this idea and realized that I was going against what my authority (my wife) had the wisdom of a woman’s intuition and common sense to foresee.

St. John of the Cross goes on…These persons (ME!) are most imperfect and unreasonable;

for they set bodily penance before subjection and obedience.  Inasmuch as all extremes are vicious and as in behaving thus such persons (ME!) are working their own will, they grow in vice rather than virtue.  To say the least, they are acquiring spiritual gluttony and pride in this way, through not walking in obedience.

As I enter into this Lent (2018) I have decided to participate in an inconsistent fast of missing two meals a day throughout the week and to eat at other times when the occasion calls for it.  I wrestle in my mind that this is not really a fast, I mean not eating two meals a day is not hard or a sacrifice so it feels like I am cheating.  Yet what I know I must consider is the loving obedience to my wife and the unmerited favor of grace from God.

Truly, may God help me to gain wisdom, knowledge and understanding of my gluttony in this and in many other areas of my life.  Mercy Lord!

My wife Diana and I have been married since 1985 and have five wonderful children. I have been in ministry since 1980 and we currently reside in the Denver, CO area.
View all posts by Michael Welchert →
This entry was posted in Human spirit, Sacred, Spiritual Cardiology, Spiritual Formation, Uncategorized and tagged authority, Fasting, gluttony, Grace, obedience, purity, subjection. Bookmark the permalink.